The Sentinel-6 Michael Freilich satellite is set to launch on Saturday as the next generation of spacecraft keeping an eye on our planet’s sea levels.

The joint venture between NASA and the European Space Agency will launch from Vandenberg Air Force Base in California on November 21 at 12:17 p.m. ET.

A livestream of the launch will be available to watch on
NASA’s website. The satellite will launch Saturday on a SpaceX Falcon 9 rocket. If the launch is delayed, there will be more opportunities in the coming days.

Once in orbit, the pickup truck-size satellite will track global sea level for the next five and a half years from 830 miles above Earth’s surface. 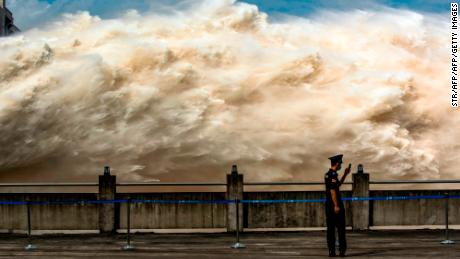 For 30 years, satellites have helped monitor Earth’s sea level. This satellite is the latest in that series, but it will collect the most accurate data yet on the global sea level and how it shifts in response to climate change.

Sentinel-6 has a higher resolution for collecting measurements, which means that it can track both large features, like the Gulf Stream, as well as smaller features such as coastline variations. 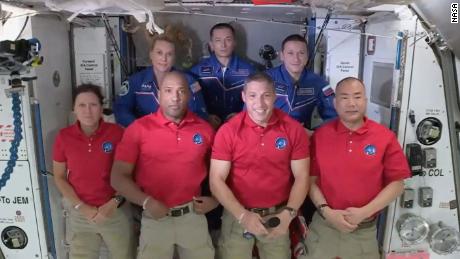 The satellite will gather data that can be used to improve weather forecasting, hurricane tracking and climate models, like humidity and atmospheric temperature. Scientists can also use the data to forecast areas where coastlines may shift.

This is a two-pronged mission and the satellite has a twin, Sentinel-6B, which will launch in 2025. Together, the twin satellites will carry the tradition of continuous monitoring of sea level rise into a fourth decade.

“This mission is a global partnership required to study our planet because it belongs to all of us,” said Thomas Zurbuchen, associate administrator for NASA’s Science Mission Directorate, during a press conference Friday.

“To understand what climate change means for humanity, science needs to take a long view. This mission is a follow up of 30 years of uninterrupted measurements by spacecraft that have circled the Earth. We’ll have another decade of critical measurements from that perspective. We do this together as an international community and that makes us stronger.”

A legacy of studying our planet

The mission was renamed earlier this year for the late Michael Freilich, oceanographer and the director of NASA’s Earth Science Division from 2006 to 2019. Freilich died in August. The satellite was named in his honor to remember Freilich’s contributions to Earth science and satellite oceanography and for advancing space-based ocean measurements.

During the Friday press conference, Zurbuchen reminded everyone of Freilich’s words and perspective on the importance of studying the Earth from space.

“Humanity, not one agency, not one country, not one continent, but … humanity has been monitoring global sea level from space with exquisite accuracy for more than 28 years.”

Sentinel-6 follows in the footsteps of Jason-3, a satellite that launched in 2016. It’s currently still providing observations of the global ocean’s topography.

An overlap in satellites allows the mission teams to make sure they receive continuous data before the previous mission ends.

After launch, Sentinel-6 will fly 30 seconds behind Jason-3. The team will cross calibrate the data of both satellites over the next year before Jason-3’s mission ends. 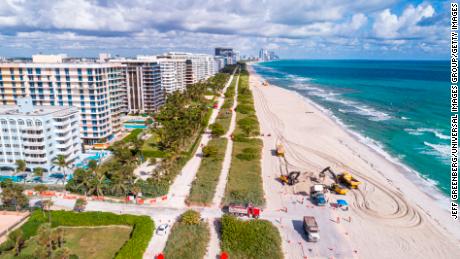 This long tradition of sea level-monitoring satellites began with the original Jason series missions and its predecessor TOPEX/Poseidon, which launched in 2001 and 1992, respectively.

It’s part of Copernicus, the European Union’s Earth observation program. This program maintains accurate data for the sea level height for more than 90% of Earth’s ocean. The data collected by this chain of satellites has contributed to climate studies, marine meteorology and oceanography.

Eyes on the ocean 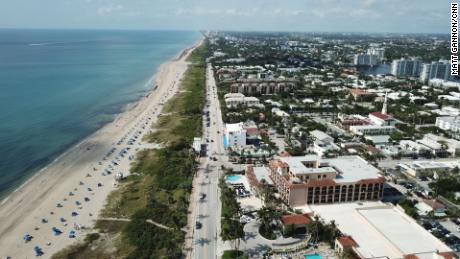 Understanding the global sea level can help scientists track ocean currents as they transfer heat across the planet. This ripple effect can influence our weather.

Coastlines also shift in response to climate change-driven sea level rise. As the planet warms, the ocean absorbs heat trapped by greenhouse gases, causing some of the expansion behind sea level rise. Melting glaciers and ice sheets account for the majority of the shift.

The rate of sea level rise has increased over the last 25 years, and it will continue to in the future. It’s an important factor to track because coastal flooding caused by storms can reshape populated areas.

Global sea level is rising 0.13 inches per year — 30% more than when the first mission launched in 1992, according to
NASA.

Freilich recognized that Earth’s rising sea level would require cooperation from people around the world to understand and solve.

The agency created the Sea Level Change Science Team in 2014 to unite people across NASA and from other institutions to study glaciers, ice sheets, the ocean and land movement to get the best picture of the impacts of rising sea level.

“We’re united by this big goal,” said Nadya Vinogradova Shiffer, the NASA program manager who oversees the team, in a statement. “Sea level is impacted by these different factors that one discipline doesn’t cover — so we’ve got to bring in experts to approach it from all angles.”

But this satellite can also contribute to a greater understanding of how Earth’s climate is shifting overall, from its global ocean all the way to the top of its atmosphere.