At a special meeting that lasted more than five hours, Democrats on the state elections commission sought to change recount guidelines after the Trump 2020 Campaign filed a petition to review the state’s votes in Dane and Milwaukee counties.

“Let’s get this straight,” Priebus wrote. “The Trump campaign sent the Wis Election Comm. $3 mil and filed its petition for a recount. Then the WEC immediately called a special meeting to change certain recount rules that deal with the issues brought up in the petition? You can’t make this up!”

That meeting in the state capital of Madison turned into a “partisan brawl,” with three Republicans and three Democrats arguing over how clerks should conduct the recount amid the coronavirus pandemic, the Milwaukee Journal Sentinel reported.

The Democrats asserted their proposed changes would bring the guidance into line with current state law, while the Republicans argued that no guidelines should change after the Trump campaign’s filing, according to The Associated Press.

Points of contention included how to determine if absentee ballots were issued illegally and how far away recount observers should station themselves, the Journal Sentinel report said.

The two sides finally agreed early Thursday to start the recount Friday and finish by Dec. 1 so the state can certify results, the newspaper reported.

“I don’t think we can necessarily trust the canvassers of Dane or Milwaukee County, especially after they reduced 180 polling places to five terrible type voting centers for the April election, which caused all sorts of problems including suppression of the vote,” Spindell said, according to the newspaper. 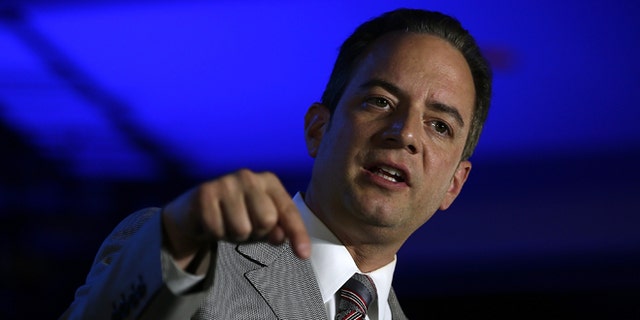 “This is ridiculous,” she told Spindell. “All you and Dean [GOP Commissioner Dean Knudesen] keep talking about is, these evil Democrats are going to do something nasty so that these honest, hardworking Republicans aren’t going to be able to see what’s going on — and I’m tired of that.”

Priebus, 48, was born in New Jersey but is no stranger to Wisconsin politics. After moving to the Midwestern state with his family as a child, Priebus later attended the University of Wisconsin at Whitewater and served as a clerk for the Wisconsin State Assembly’s education committee, the state’s Court of Appeals and its Supreme Court.

Priebus eventually became chairman of the Republican National Committee, serving in that role from January 2011 until beginning a six-month stint at the White House after Trump took office in January 2017. He was succeeded as chief of staff by John Kelly in July of that year.

He has since returned to a private law practice.

The Associated Press contributed to this story.