“I want to make it known to the whole country that I irrevocably present my resignation for the office of the presidency and I call for peace and unity for all Peruvians. My commitment is with Peru and I will do everything in my power to guarantee a constitutional succession and for Congress to determine in order for Peru to move forward,” Merino told the nation. 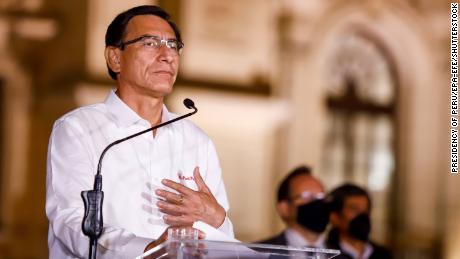 Merino was the President of Congress until being appointed interim president
after Congress impeached former President Martin Vizcarra over corruption allegations on Monday. Vizcarra has denied the allegations.

Vizcarra’s impeachment sparked protests across the country starting Monday and continued for six nights in a row, leaving at least two people dead and 94 injured on Saturday night. 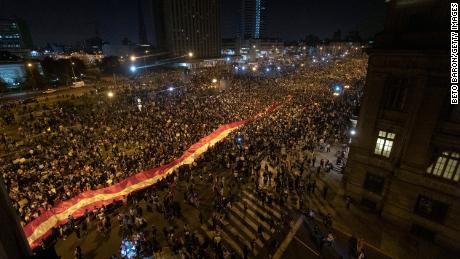 The prosecutor’s office has opened an investigation into both deaths. Peru’s Office of Ombudsman has been monitoring the protests and called to stop the use of tear gas and rubber bullets against protesters on social media. 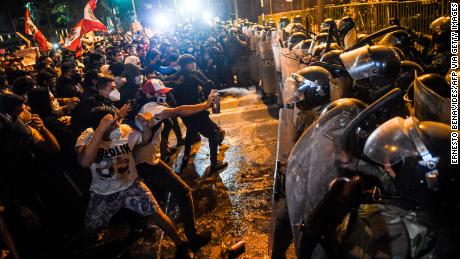 Protesters, opposition parties and civil society called Vizcarra’s ouster a legislative coup and refused to recognize Merino as the new president. Among those who called for Merino’s resignation was the mayor of Lima Jorge Muñoz, Nobel Prize winner and influential Peruvian figure Mario Vargas Llosa, and the Peruvian National Assembly of Regional Governors. 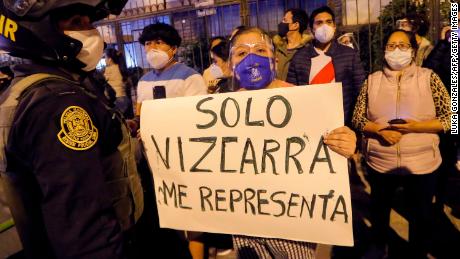 In his final address Sunday, Merino said all Cabinet members had presented resignation offers as the crisis unfolded, but that he intends to keep ministers in place until the situation is cleared in order to avoid creating a power vacuum. At least eight Cabinet ministers were confirmed to have resigned between Saturday and Sunday according to state press agency Andina.

Following Merino’s resignation, Congress called for a plenary session on Sunday to discuss the appointment of the next president. Presidential elections are scheduled for April of next year.